The Peterson ICS-4000 combines an unprecedented number of available coupling, unification, combination action and MIDI functions into a single software-driven system that may be customized for virtually any pipe organ application. Never before has such a powerful yet easy-to-use control system been available to pipe organ builders and rebuilders.

"Satellite" cages contain one Microcontroller board and any combination of three other types of circuit boards called Input boards, Output boards and Stop Action Controller Boards. All input and output pins are compatible with the Peterson's E-Z Wire Connectors, Output Connector boards and new Quick Punch unpluggable punch-down connector boards. Satellite cages in the quantities required are provided for the console and chamber(s). Connections between Satellite Cages cand "hubs" are made via very small and commonly available "Cat 6" cables. In most applications, a single "Cat 6" cable carries all data between the console and the chamber hubs. When separate organ rectifiers are utilized for the console and chambers, no voltage-referencing feed or return conductors are needed.

Most ICS-4000s are provided with a handsome 5-3/4" W by 3-3/8" H control panel with high quality "soft touch" buttons and rotary knob, and a four-line vacuum fluorescent alphanumeric display that has an exceptionally wide viewing angle and is easy to see under all lighting conditions.

The CDU's design permits mounting in a pull-out drawer for cases where the historic appearance of an older console must be preserved.

The Peterson ICS-4000 processes an organist's every command with remarkable speed and reliability. State-of-the-art microcontroller circuits gather and organize information about groups of stop, key, expression and miscellaneous inputs associated with each Satellite cage. This data is then sent to the main microprocessor in the Main CPU cage using a computer-industry-standard communication system called "Ethernet", which is utilized in millions of computer networks worldwide. The Ethernet communication protocol was developed to send massive amounts of data at high speeds over long distances, automatically ensuring that all the information is received accurately. The embedded "real time" operating system in the ICS-4000's main microprocessor determines and prioritizes what must happen with all system outputs and the microcontrollers associated with output boards are "notified" so they can coordinate the activity of the output boards accordingly. This method of "distributed processing" using a master microprocessor and local microcontrollers contributes to the superb performance of the ICS-4000 for even the largest pipe organs.

"Compassing" any piston temporarily changes which stop controls are affected by that piston. Any general or divisional piston can control any group of stops you choose.

One or all pistons can be "Un-Compassed" to return them to their normal functions.

All components used in the ICS-4000 are the highest quality, selected to far exceed the demands of a pipe organ environment. Much attention has been given to selecting parts that are very widely used throughout the electronics industry to assure long-term availability. Numerous self-diagnostic features, an integral fault reporting system, self-resetting fuses, self-protecting driver chips and provisions for limited Internet-based diagnostic procedures are included.

The new version of Satellite Cage Data management features an onboard integrated controller circuit to increase data throughput by more than 10x!

This new design enables the use of far less circuit components which, with the addition of gold-flash solder pads, has the upside of greatly increased reliability.

With its remarkable performance, software-based versatility and almost limitless feature set, the ICS-4000 Integrated Control System may be just the right Peterson product for your next project. Please contact one of our customer service representatives to discuss your requirements.

The ICS-to-Serial Interface, or I2S, gives organ builders the ability to replace all console-based control equipment of an extant Peterson OrgaPlex relay, MSP-1000 combination system, and MIDI Resource System with all the advantages of an ICS-4000 console system while retaining the original OrgaPlex chamber panel.

This puts all the state-of-the-art features and performance (and ten- year limited warranty!) of a new ICS console system at organists' fingertips while avoiding the costs of purchasing new chamber equipment and re-wiring to the windchests.

Our I2S card utilizes the same technology that powers the Satellite Streak Processor to allow for lightning fast response times in the organ chamber.

Over 70 Years of Experience

At Peterson, the pipe organ industry's largest and most experienced engineering and technical staff is on hand to stand behind the company's unwavering commitment to long-term support of every product. Peterson's customer service department is widely acclaimed for being friendly, knowledgeable, helpful and fair.

While Peterson sells only to professional organ builders and organ servicepersons, pipe organ owners can rest easy knowing that the company they choose to build and service their instrument will have efficient access to the best factory support available for its technical components. 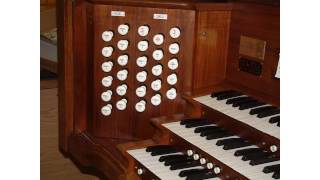 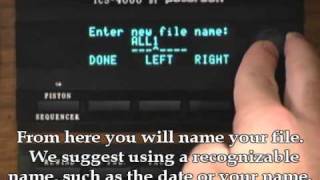 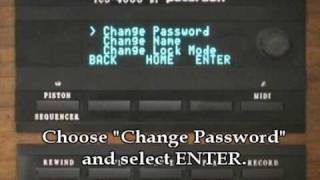 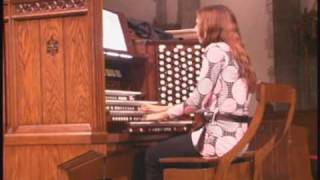 Available Features of the Peterson ICS-4000(TM)

Transposes +/-6 steps and is quickly accessed from the CDU. Transposer On/Off and Up/Down pistons may also be used.

A standard 100 memory levels may be optionally upgraded to 256 levels. Memory levels are selected by turning the rotary knob on the CDU.

Peterson's exclusive "Organist Folders" format allows grouping of the assigned memory levels and other personal settings for each organist into "folders" which are selectable by the organist's name. The memory levels within each folder are numbered from #1 for convenience. Two "guest folders" are always available for visiting organists to use.

A three-character password may be assigned to each organist to prevent unauthorized changing of piston and other settings. One password locks all levels within a particular Organist Folder. No more keys to lose!

Each organist may select whether his or her Organist Folder is locked automatically when the organ power is turned off.

Pistons may be provided to adjust the memory level number within any Organist Folder group.

As on all Peterson combination actions, pistons may be set in the organist's choice of traditional "Tripper" (hold and set) or "Capture" (set piston) methods.

Four crescendo memory levels, with 60 shoe positions each, are easily programmed by following step-by-step on-screen instructions. Optimal methods are provided for setting a new crescendo from scratch or making changes to an existing crescendo pattern.

A switch or reversible piston can be used to turn off the crescendo even if the crescendo shoe remains advanced. The shoe's position will continue to be shown on the CDU and/or LED bar graph.

When only one Tutti (Sforzando) piston is fitted, a separate memory for that piston can be provided for each combination action memory level in each Organist Folder, along with provisions to easily copy the Tutti registration from one level to one other level or to all other levels within any Organist Folder.

Up to 8 separate Tutti pistons can be provided, each having its own single memory.

The organ console's keys, stop controls, expression shoes, and pistons can control one or more MIDI sound modules in a very "organ-like" manner. Send patches and bank select commands directly from the CDU or follow the on-screen guide to program pistons to send MIDI commands. Tune sound modules from the CDU's rotary knob. MIDI pistons may be included in Piston Sequencer lists too.

At the touch of a button, record all organ key, stop, and expression data in standard MIDI format to the ICS-4000's internal memory. No USB flash drive, floppy disk, external MIDI sequencer or other removable recording medium is required, but files can be copied to a USB flash drive via the ICS-4000's USB port for archiving or transferring them to a personal computer if desired. Built-in utilities allow renaming, copying, and deleting files.

Save MIDI recordings and combination action settings to an approved USB flash drive memory "stick" via the ICS-4000's USB Port Panel. Organ technicians can also use a flash drive plugged into the Port Panel to download software updates to the organ's operating system and configuration.

A dedicated stop control or reversible piston can be configured to swap keyboards and division-specific pistons and cancels between two divisions, usually Great and Choir.

"Compassing" any piston temporarily changes which stop controls are affected by that piston. Any general or divisional piston can control any group of stops you choose. One or all pistons can be "Un-Compassed" to return them to their normal functions.

A single operation from the Piston Compass on-screen menu converts all divisional pistons to serve as general pistons until the organist decides to "Un-Compass".

Dedicated switches or reversible pistons can allow an organist to selectively include or exclude Pedal division stop controls from the combinations set on manual divisional pistons.

Any number of regular and "blind" reversibles can be supported. Coupler reversibles that turn on an 8 foot coupler can turn off the sub and super couplers along with the unison.

Special "Organist Assignable" reversible pistons can be provided which allow users to make any desired stop or group of stops reverse.

Record a series of piston presses while practicing; give the list a name for easy reference; edit the list by appending, inserting, replacing, or deleting pistons; and scroll through the list by turning a rotary knob and viewing a complete description of each piston. Lists can be virtually any length, and may include various memory levels. Intuitive and consistent on-screen instructions guide organists through all the steps.

Use any piston designated as "Next" or "Previous", or buttons on the CDU, to step through all General pistons in order.

"Any Piston Next and Previous" Feature

Any number of general and/or divisional pistons can be configured to serve as Next or Previous pistons when the Piston Sequencer is turned on, making it easy to activate the next piston in your American Piston Sequencer list from wherever your hands are playing on the keyboards.

Pistons with LEDs or incandescent lamps to indicate that they are active are supported by the ICS-4000.

This is a special type of reversible piston function that latches on to engage an organist's selection of "blind" registrations while ignoring any drawn stops.

Tutti functionality can be provided on stop controls instead of the usual Sforzando pistons.

The ICS-4000's small but robust, unpluggable main cable help make it very practical for consoles to be moved from location to location within the room by using multiple plug-in locations.

Interfacing of two consoles is available. Specific requirements should be discussed with Peterson staff.

A dedicated stop control can be provided to automatically play the pedal division with the lowest note played on a designated manual keyboard.

The highest note played on one keyboard is automatically duplicated on another designated division when this coupler is on.

All Swells to Swell

All Swells and virtually any other expression couplers can be accommodated through the use of dedicated stop controls or pistons.

Allows chime volume control info to be transmitted from the console to a remote location without extra wires.

Incandescent lamp or LED indicators for virtually any function can be supported.

Expression shoe and Crescendo shoe bar graphs with bezels matching the CDU can be provided with Red, Green, or Yellow LED segments.

To augment important numbers on the CDU screen such as memory level, transposer status or crescendo shoe position, separate LED readouts can be used for "at a glance" viewing. This can be especially useful when the CDU is mounted in a pull-out drawer.

An easy-to-use, heavily illustrated organists' instruction book is included with each ICS-4000 and is available here. (5MB download)